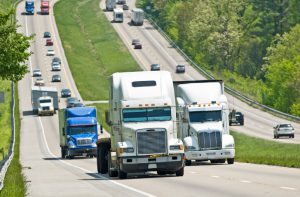 Numerous state and federal statutes and regulations govern commercial trucking in Minnesota and throughout the country. Trucks, also known as commercial vehicles (CMVs), in 2019 were involved in 5369 traffic crashes in Minnesota according to the Department of Public Safety. This was 746 more than the previous year. 56 people were killed in these truck crashes. In addition, there were 1,431 people injured in truck-related crashes. Given the size advantage of the trucks that are on the road, the majority of the people killed or injured in truck-related collisions are occupying smaller involved vehicles. Only 5 of the 50 people killed in 2019 in multi-vehicle truck-related crashes occupied the involved trucks.

The causes of truck-related collisions are numerous but can include such things as driver fatigue, excessive speed, failure to yield the right of way, failure to maintain a proper lookout, driving without regard to weather conditions, and improperly maintained or loaded trucks.

Oftentimes evidence supporting negligence claims arising from truck crashes can be obtained from the on-board computer systems in the trucks themselves, and from the driver’s time logs, and truck maintenance records. However, securing this evidence typically requires prompt action by the injured party’s attorney.

Also, if one is injured in a crash caused by the negligence of a truck driver/trucking company, typically no-fault insurance benefits will be available to the injured party. However, to the extent that one’s no-fault insurer pays benefits, the insurer will later have a separate claim back against the truck driver’s insurer for the amount of benefits it has paid. Minnesota Statute 65B.53, Subd. 1. An injured person who is attempting to settle a liability claim against an at-fault truck driver/trucking company must be careful in signing any release documents so as to not impair the no-fault insurer’s separate claim rights, or inadvertently assume the obligation to pay the no-fault insurer.

Do not hesitate to call the O’Dea Law Firm/Richard O’Dea for an evaluation of your rights if you have been injured in an accident involving a commercial motor vehicle.

I had a wonderful experience here. Mr O’Dea was extremely effective, helped me understand what was going on thoughout the whole process, and did everything he could to make my case as easy as possible.

I was in a car accident in July 2015, and sustained injuries to my neck and back. I was referred to Rich O’Dea by my chiropractor, and every day since that time, Rich has been available anytime I’ve had a question or concern. Rich has explained the entire process clearly and each process has gone just as he has explained it. It’s also comforting to know that you’re only dealing with him directly, your not pawned off to other people in the office. I would refer Rich O’Dea to my family, friends or stranger’s knowing that they’re in the best hands .

I would recommend Rich O’Dea to anyone seeking a personal injury lawyer. He explained everything, making the process easy to understand. His experience was evident. I was entirely confident in him. My experience with Rich O’Dea was excellent.

I was in a car accident with neck and back injuries. After the accident, I started to see a chiropractor who referred me to Rich to help with the stressful path of medical bills. Rich was so knowledgeable and helpful, I was able to focus on healing. He was also very accommodating for appointments to meet with him, and he had excellent communication through out the whole process. I highly recommend working with him.

I was in an auto accident in the fall of 2017. I sustained neck and back injuries, totaled my vehicle, and had many medical bills to worry about. Rich was a tremendous help in exploring my options, thoroughly explaining the process and procedures, and being upfront with what he thought of the overall outcome. A year later–my medical bills are paid and I am in better health. Thankful for Rich’s support, knowledge, and dedication to my case and situation.

Quick to respond to messages. Answers all questions. Makes it easier for a person to heal not having to deal with the insurance companies. Would recommend!

I really happy with the help O’Dea law firm has helped me. I get very confused by the whole process and the big words used. However O’Dea has help me be able to understand so I’m aware of what’s being discussed about and the action that are being taken. I feel confident in O’Dea law firm to fight for me that’s why I’ve gone back to them for help. I was very happy how well they help my family and I the first time around and so far I’m pleased with how things are going this time around.

I would recommend Richard to anyone seeking a personal injury lawyer, knowing myself that they would be in best of hands with him.
Everything was clear, understandable, nothing was left out, his experience is unlike any other, top notch without a doubt in mind.
Could not of been happier with the outcome of my accident, making sure I was back on my feet, in better health & on top, medical bills were paid and a fair settlement in the end.

I highly recommend Rich to anyone dealing with a personal injury case. I was involved in an auto accident in October of 2018 and was left with neck and back injuries. After multiple phone calls with insurance companies, I decided it was time to see Rich and I am so glad that I did. He was very informative throughout the whole process and was able to give great advice based on his experience. I was able to get all of my medical expenses paid which is all I wanted. He made a very stressful situation stress-free!